I was born an artist in Bogota Colombia. My family came to the states when I was 7 after war erupted in my parents homeland of Nicaragua. It was a difficult adjustment made easier by staying creative. My life has always had a creative element to it. From filling up shelves with countless coloring books as a child, my job as a makeup artist to get me through college, to my work as an interior designer as an adult. Being creative has always been a big part of my life. 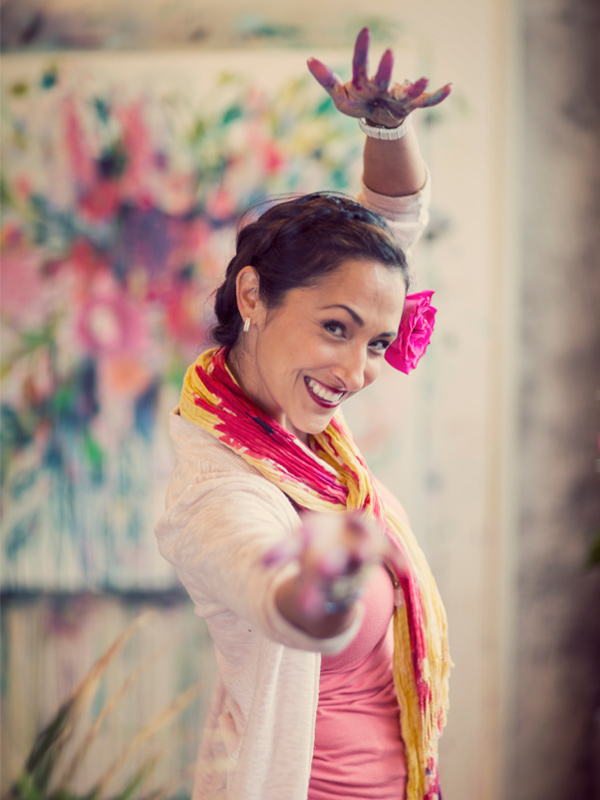 But I would never dream to call myself an artist. Even though my eye has always been creating, the thought of putting paint to canvas had always felt far reaching. Even though I would frequently find myself standing in the art section staring at the paints as if they were calling to me. It was a call I did not yet have the confidence to answer. I wasn't until my son was born that I decided to paint murals in his nursery. Time stood still in that room, I became lost in what I was creating. What was once a bare wall became full of the energy and life of the ocean. One wall became a whole room with such ease that it astounded me. That room became a time warp for me, what would feel like 30 minutes was actually 4 hours! I later came to realize that that is what is called being in the flow. That is where true Alignment lies. Time went by too fast in that room and I finished just as I felt I was beginning. After his room was done, I went back to raising our son and welcoming our daughter into the world. I did not pick up a paint brush for years to come.

It was during that time that I became very ill. I went to countless doctors that could not figure out what was wrong with me. My medical file was getting thicker as I was getting sicker. My teeth were breaking, my hair was falling out, exhaustion over took me. Getting through the day was an act of sheer will. I felt I was slowly dying, and sitting in the oncologist office facing a battery of tests I knew if was a mater of time. It was then I got a call from a holistic doctor who ran some different test that revealed I had Celiac an autoimmune disease caused by gluten. My body was not absorbing nutrients, I was slowly wasting away. This news and a change of diet gave me my life back.

The diagnosis came at the same time my son outgrew his room. Painting over my work was heartbreaking. It reminded me how quickly time goes by. Covering up my first artistic endeavor pained me more than I could admit. That was my tipping point.

Coming face to face with my mortality made me realize we live two lives, the one we're living and the one within. I was finally ready to live as the artist that has always been within me. A blank canvas wasn't intimidating any more, that paint isle wasn't out of reach any more. They inspire me, excite me, drive me, but most importantly it heals me. Leads me to embrace what I was truly meant to do. I was born an artist. Now I'm living as one.

Playlist for you of songs that inspire me 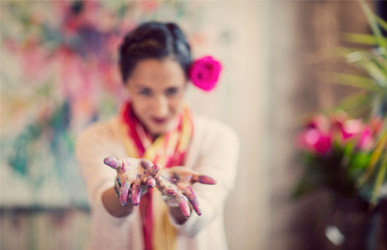